The 2016 Award Gala of The National Science Centre

Despite the rainy autumn weather, the evening of 12th of October was a cheerful one! PainLab leader, Katarzyna Starowicz, was announced the laureate of the National Science Centre (NCN) 2016 Award in Life Sciences. The award gala took place at the Gallery of 19th Century Polish Art – the Sukiennice, at the Main Market Square in Krakow.

Kasia is one of three laureates along with dr hab. Marcin Szwed from the Institute of Psychology, Jagiellonian University (awarded in the field of Arts, Humanities and Social Sciences) and professor dr hab. Mikołaj Bojańczyk from the Institute of Informatics, University of Warsaw (awarded in the field of Physical Sciences and Technology). Kasia was awarded for her research achievements in the discovery of the role of the endocannabinoid system in the chronic pain treatment as well as of pain associated with osteoarthritis. Her award is sponsored by Biprostal S.A. and Koksoprojekt BIS Sp. z o.o. NCN award which highlights laureates’ outstanding achievements in basic research. A committee comprising representatives of the Council of the National Science Centre, the Director of the Centre and sponsors confers the NCN Award. The three winners have been selected out of 49 candidates submitted by eminent scholars.

Kasia, when receiving her award, said, ”This award confirms that some of the decisions that I made in my life were right. It also confirms the importance of my research interests. It honours my current achievements, it’s also a motivation for further work”. She also recognized those who inspired her for scientific career becoming the best example to follow. “I met various special people, tutors and mentors. But my very special thanks go to prof. Barbara Przewłocka and prof. Vincenzo Di Marzo, who shaped my scientific career” said Kasia.

Kasia also thanked her team, a group of young, ambitious and full of passion for science individuals.

Last but not least she acknowledged her supportive family thanks to whom she can combine passion for science with family life. She was happy and touched to be assisted by beloved ones on that very special evening.

Congratulations to all Award recipients! 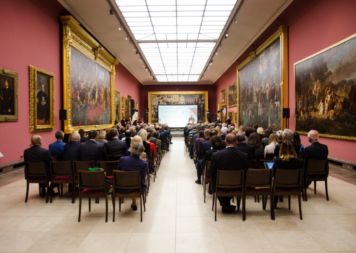 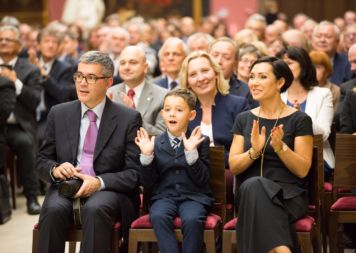 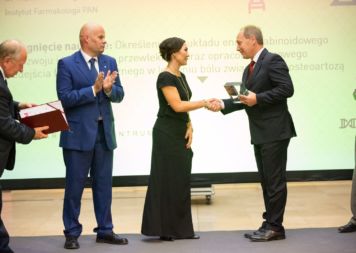 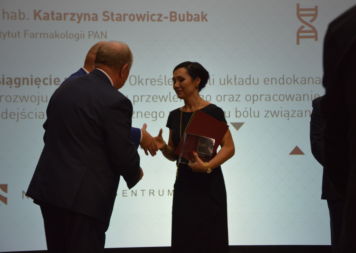 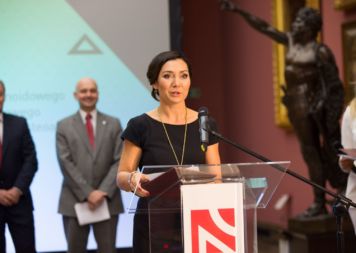 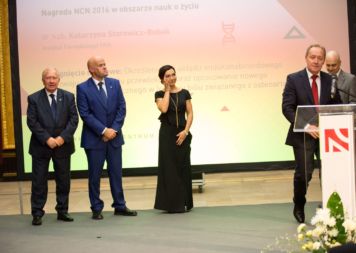 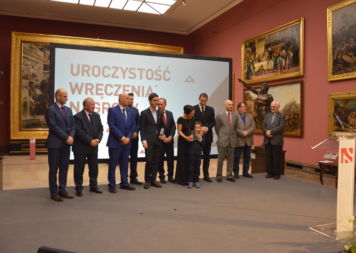 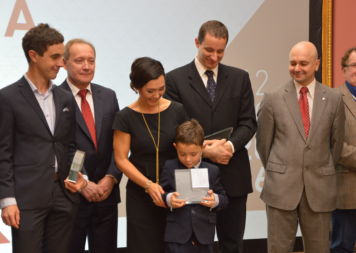